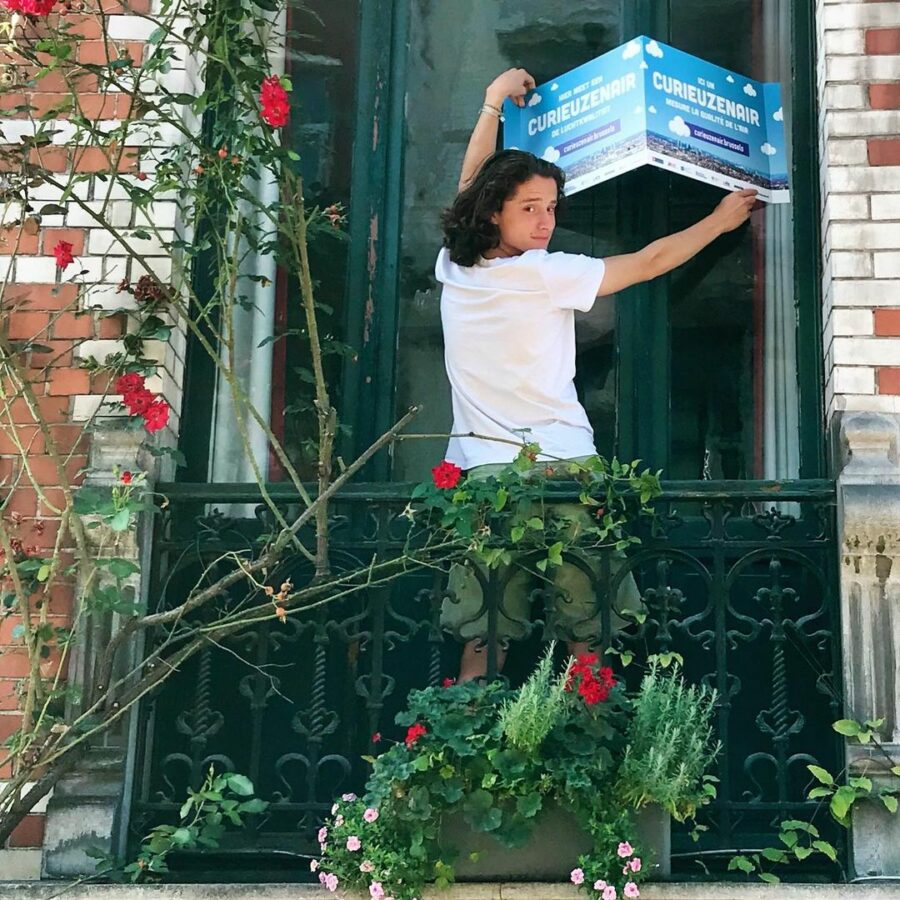 What an enthusiasm! Last weekend, 3.000 Brussels residents installed their CurieuzenAir measuring kit. From the heart of Brussels to the Bois de la Cambre. We made an overview of the best posts on social media. Share your photos with #CurieuzenAir

Happy to have been selected as one of the 3000 Brussels citizens to help this huge citizen science project get a better feel of air quality in Brussels #CurieuzenAir @curieuzenair
More info on https://t.co/FFIB8MRD48 pic.twitter.com/brecr8zdzL 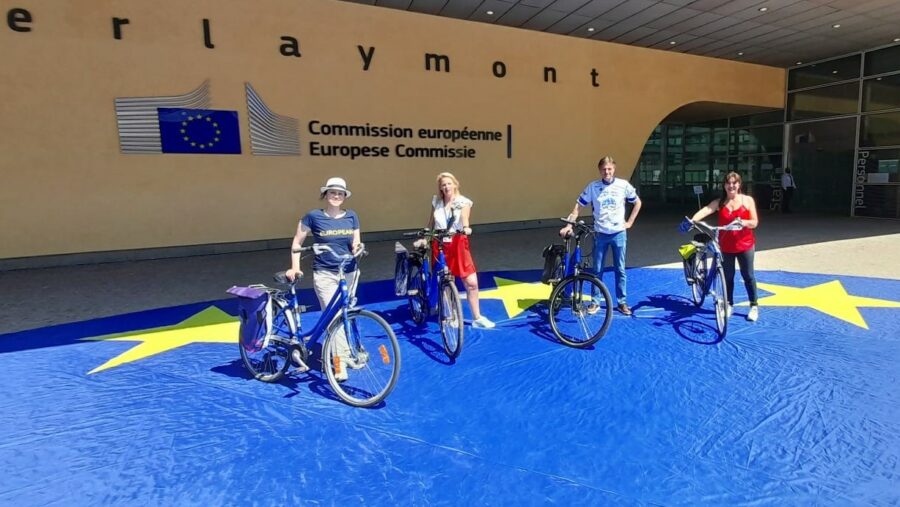 The Commission wants to further strengthen its role as Brussels’ citizenship. Of our 32,000employees, around two thirds work and live in Brussels. We have a responsibility as a large institution to the City that hosts us. We would therefore like to contribute to map out the air quality in Brussels. We are also interested in the air quality in which our employees work and live. In any case, in the coming years the Commission will continue to work towards the goal of becoming climate neutral itself.

We expect that the air quality in our street is not optimal, since our office is located at the exit of the Cinquantenaire tunnel where many cars come out to join the busy Rue de la Loi . We are probably just below the European health standard, in the orange zone (35-40 µg NO2/m³.). Certainly, the exhaust fumes will have a negative effect on the air quality. We are curious about our result but also about that of all other places in Brussels.

Church of Our Lady of the Sacred Heart

Church of Our Lady of the Sacred Heart

Even the church is involved. Guy Rolin (65) has been the chairman of the churchwarden of the Notre Dame du Sacré-Coeur church in Etterbeek for more than 10 years.  Since he retired, he has been involved in many non-profit organisations in Brussels.

I see our participation as a form of citizenship. If we want to change public behaviour and influence political choices, we need data.

We also think clean air is extremely important. We attach great importance to our diet, but the air we breathe is just as important. Most people have no idea what they are exposed to on a daily basis.

In general, our immediate surroundings do not seem particularly polluted. I would hope that we are slightly below the health standards, around 30 µg NO2/m³. Very occasionally, about two or three times a year, there is a disturbing, even annoying, smell of burning gas in our street. 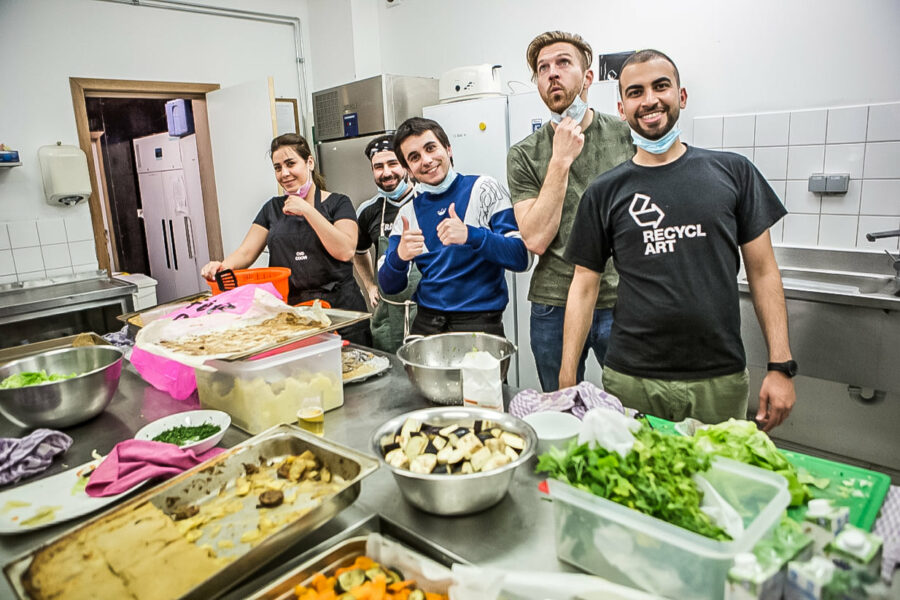 Recyclart is at the crossroads between an artistic centre and social economy. Born and raised in Brussels-Chapel station in 2000 and based in Molenbeek since 2018, Recyclart offers special attention to emerging artists. In the wood and metal workshops of Recyclart Fabrik, some fifteen employees are engaged in a social integration process, making furniture and design objects.

As a multidisciplinary art centre with a strong urban identity, it goes without saying that we would like to participate in a study that analyses a characteristic element of an urban environment: air quality. And measuring is knowing: the results of the study can contribute to the Region’s vision on mobility and the environment.

We knew about the project from Flanders in 2018 and thought from the start that it would be interesting to do this in Brussels as well. As an organisation, we are very conscious of the environment, so we only cook vegan food and we recently replaced one out of two company vans by cargo bikes.

We have no illusions about the air quality in our street. The proximity of major roads and urban industry – and perhaps river traffic on the canal? – will certainly have an impact. At the same time, our street itself is quite wide and much less densely built-up than some of Brussels’ big boulevards. We expect a number of around 45 µg NO2/m³. We are Curious! 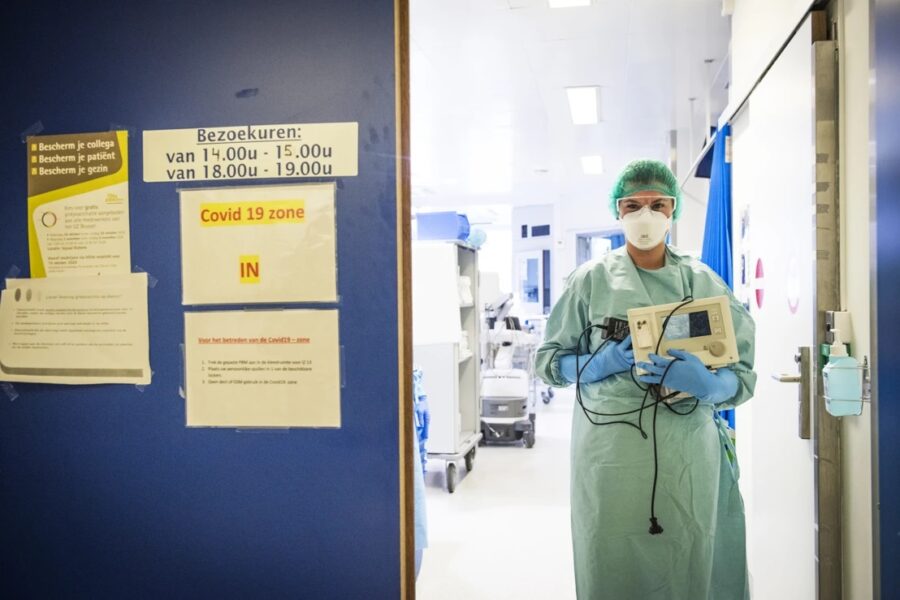 The UZ Brussel is a university hospital and was established as a part of the Vrije Universiteit Brussel. In addition to full medical care, the UZ Brussel also offers an important training function and focuses on scientific research.

Why do you participate?

We see it as our social duty to participate in a citizen survey such as CurieuzenAir. In addition, we are simply very curious about the air that our 4,000 employees and multiple patients breathe every day. More than 10,000 people come to the campus every day, mostly by car given our location right next to the Brussels ring road.

For years, the UZ Brussel has been struggling with high traffic and parking pressures, which is why we reduced the car share of our staff by 20 percent. We are also actively working on a sustainability operation in which we focus on the greening and insulation of our facilities and buildings. As a health organisation, it goes without saying that we attach great importance to healthy air. Fact: our CEO, Prof. Marc Noppen, is a lung specialist himself!

We fear that at peak times we will measure concentrations of 50 µg NO2/m³ and thus end up in the ‘purple zone’. 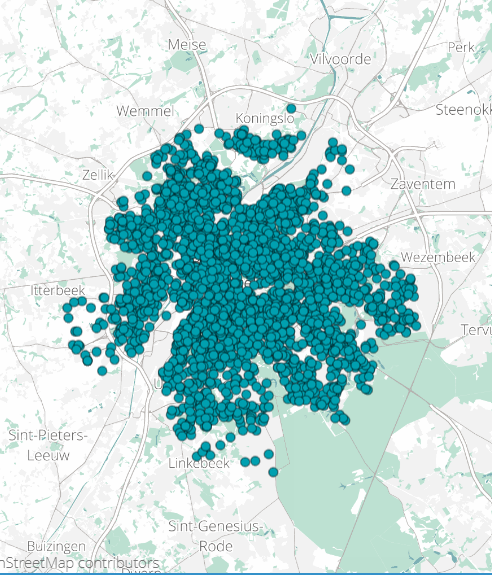 We received a total of 5,578 registrations! From this huge number, 3.000 measurement locations were selected via an algorithm to provide a representative picture of Brussels. The measurements start on Saturday 25 September. Zoom in on the map above to discover all the measurement sites in your neighborhood. At the end of the survey in February 2022, an interactive map will be published to allow everyone to discover the air quality in Brussels. 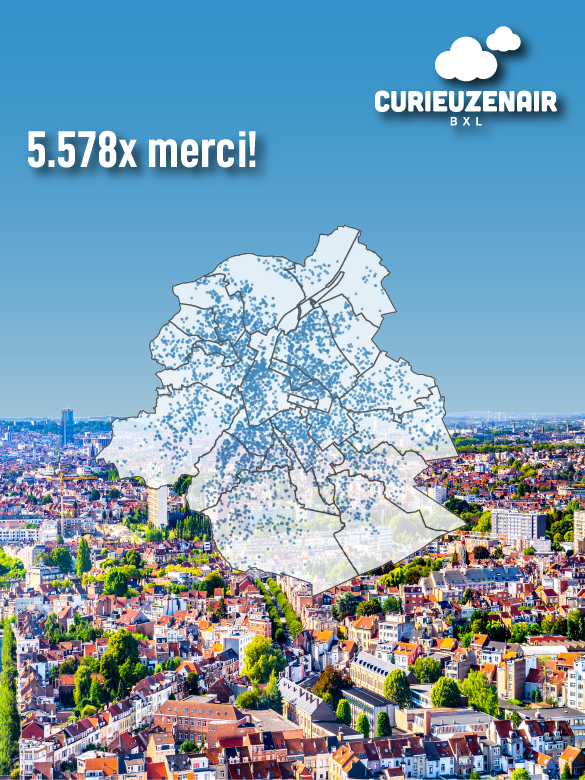 The people of Brussels are clearly stoked to help map the air quality. At the closing of registrations for CurieuzenAir BXL on Sunday 13 June, the counter stood at 5,578, far exceeding the 3.000 available kits to measure the air quality in your own street during the month of September. Moreover, the candidate measurement locations turned out to be well distributed across all 19 municipalities of the Brussels region. A computer algorithm made a selection of 3.000 measurement points based on scientific criteria. The CurieuzenAir citizens’ network is the largest air quality measurement network ever to be realised in a European capital.

We are very pleased with the number of registrations. “This shows that the theme is alive and well among the people of Brussels. Families and schools want to know what the situation is in their street, and many companies are also committed to getting an idea of the air quality in which their employees commute every day.” says Professor Filip Meysman, CurieuzenAir project coordinator. “The many candidate measuring points are also a great scientific asset. Out of all applications we were able to select a dense network of 3.000 measurement points, which will give us a very detailed picture of air quality throughout the Brussels region.

The 5,578 candidate sampling points are well distributed across the Brussels region. “Citizen science projects sometimes have difficulty finding participants in highly diverse neighbourhoods,” says Meysman. “We are therefore very happy that we have a large number of candidate measuring points in Molenbeek, Anderlecht and Schaarbeek. The CurieuzenAir project therefore aims to be a project for and by Brussels residents from all walks of life. “Four out of ten Brussels residents are socio-economically vulnerable. We think it is very important to involve them in this research because they are proportionally more severely affected by air pollution.” adds Florence Lepoudre of the BRAL urban movement. Florence adds: “By cooperating with medical centres, community centres and anti-poverty associations, we have been able to set up more than 200 measuring points for and with this target group”.

During the campaign, social media also specifically called for measuring points in less populated areas, such as Haren and Neerpede. “This has worked well”, says Meysman “We are, for example, very happy that we can install a measuring point on the training ground of RSC Anderlecht in Neerpede, because this fills a blind spot on our map”. The area around the Brussels Congress and the European quarter is also a “difficult area” with many offices and little residential development. “But here, too, we have found interesting measuring points” says Meysman “For example, the resident of 16 Wetstraat has signed up as a candidate measuring point. We are pleased that the Prime Minister wants to do his bit to map out the air quality in Brussels.”

For all applications a computer algorithm was used to select the 3.000 “best” measuring points for a detailed air quality map of Brussels. A geographical spread across Brussels, variation in street types and traffic intensity, and whether the street has a closed or open construction are all taken into account. In order to have a standardised measurement, priority was given to measurement points with a street side window on the first floor.

From 25 September 2021 onwards, participants will place a real estate agent’s sign with two measuring tubes at the window of their home or office. This measurement set-up will remain in place for a month in order to measure the amount of NO2 in the outside air. The data from all measuring points will be used to map the concentration of NO2 in all the streets and neighbourhoods of Brussels in detail, thereby improving the existing computer models for air quality. This way, health effects can be better estimated and policy makers have access to accurate information for the implementation and adaptation of policy measures.

The results of the measurements will be published in February 2022 via an interactive dot map on the websites of media partners De Standaard, Le Soir and BRUZZ. Participants will simultaneously receive a personal measurement report with the results of their own measurement point.